Best Amazon And eBay Marketplace Alternatives To Sell On 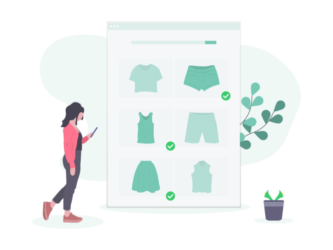 The only Amazon and eBay Alternatives that matter

After comparing the marketplaces other than Amazon and eBay, Forra seems to be the most impressive to sell on due to its low fees and potential upside. Shopify is also a good amazon or ebay alternative. Let’s dig a bit further into the other places to sell your items than Amazon and ebay.

Forra.io A New Marketplace To Help You Grow Your Ecommerce Business

Forra came as an idea after being banned from another large marketplace. Forra has many strengths and is a platform for selling your goods that uses cryptocurrency for its transactional efficiencies. Forra is a great method to build a business on top of. I wanted to take the time to compare our new marketplace to existing marketplaces such as Amazon, eBay. We strongly feel that giving back to the seller is at the core of Forra. Forra as a whole wants to help sellers succeed and start a profitable ecommerce business. Most people who sell online already know about eBay and Amazon so I wanted to touch on marketplaces other than Amazon and eBay in comparison to one another.

Comparing ecommerce Solutions Other Than Amazon And eBay

These ecommerce solutions are compared with one another in a multitude of ways. They are compared to forra, but are also geared toward whatever makes you the most money. Marketplaces and selling platforms all have super high fees.

There is a way to avoid eBay, and Amazon fees. Stop selling on Amazon and eBay.

I know that sounds obvious, but there are a ton of ecommerce sellers who want to understand where their fees are going toward and how they can increase their business. This article is to serve as a comparison between marketplaces other than eBay and Amazon. IF you are looking for a place to sell online other than Amazon or eBay this is for you.

If you are building an ecommerce business in 2018 and beyond you need to know what platform to be on. We need to look into the future, cryptocurrency and blockchain will affect ecommerce in a number of ways. These are the best marketplaces to sell on besides amazon and eBay. I threw in a couple other methods and alternatives to selling items as a whole. Anything that allows you to start an ecommerce business other than Amazon and eBay.

Etsy is a made for people who make their own goods. It is for the passionate do it yourself-er who wants to create a business around the passion or hobby. The majority of people who sell on Etsy do not have the time to do their own marketing. Creating your own product is hard enough. Etsy has a network of buyers interested in buying niche, handcrafted or neat unique objects. You should sell on Etsy if you have something that is handmade, or are a unique boutique style business.

This is a breakdown of Etsys fees, a much lower fee alternative to eBay and Amazon.

Shopify – Owning Your Own Site And Store

Shopify is a great platform for the person who just wants to put up a website and go to work on their own. The low transaction fees make Shopify very appealing. If you are selling on just Shopify you need to rethink how you are growing your business. The majority of people who are on Shopify are experienced pros or are willing to work long hours just to get people to their stores.

Shopify does have fees. Shopify has very high “maintenance” and site fees. Shopify Fees. The number of people coming to your site depends on you. This can be harder to create transactions. Marketplaces are easier to build a business on top of in general because the store owners draw traffic from one another.

Shopify fees are lower than Amazon and eBay and make a great alternative for the seasoned business owner. This is an in-depth guide on Shopify fees.

An obvious American favorite. Craigslist has been a staple almost since the dawn of the internet. It has endured its title as the go to local marketplace in the united states and is a great marketplace to sell on besides amazon and eBay. Craigslist has a few massive advantages. Ease of use, Super low fee, and fast and “secure” transactions.

The security involved in meeting up with people is safe so long as you do in a safe way. If you are selling on a local marketplace as an alternative to Amazon

The fees are zero when selling an item on craigslist. The only cost is your time. The time spent meeting up with someone when selling an item. Craigslist is the only marketplace that requires you to meet up with the person buy your goods. This is a very different marketplace than Amazon and eBay. So are the next few. Craigslist makes money by charging fees in order to post certain advertisements with them.

Craigslist is a great alternative to Amazon and eBay. This is how Craigslist makes money.

Offer up – The Craigslist Alternative

Offer up is a very similar business to craigslist. Its main focus is on locality. Expect to physically meet up with people if you are selling on offerup as an alternative to Amazon and eBay. Offer up is great to use if you dislike craigslist or if you feel you need some type of a better user experience. Offer up is a great alternative to Amazon and eBay so long as you are ok with not shipping the item. Most people now a days might find it easier to just take a short trip to the post office and not have to deal with the possibility of meeting up with someone sketchy.

Offerup is free to use on its local level, however if you want to sell an item and ship it to someone you will end up paying 7.9% in fees. The big upside to Offerup is that if you are okay with meeting up with people locally everything is free.

Offer up is a good alternative to Amazon and eBay because it has lower fees. This is what they had to say about their online fees.

A lot of people do not even know this but you can actually sell on Newegg. Depending on your niche this could be a really great thing to do for your business, or personal items depending on the type of items you are selling. If you are interested in selling on Newegg as an Amazon or eBay alternative click here.

Selling on Newegg is a great alternative to Amazon and eBay. In order to sell on Newegg, you need to be accepted as a seller. This ensures the sellers will uphold a certain level of customer service. Newegg is a stiffler when it comes to accepting sellers. Unlike Amazon and eBay who will accept anyone. Newegg selling fees depend entirely on the category of product you sell.

Newegg is a great low fee alternative to Amazon and eBay. These are the fees for selling on Newegg.

Selling on Walmart.com is a great alternative to selling on Amazon or eBay. Most Americans have used a Walmart several times during their lives. Most people do not understand the power of walmart. Walmart is the largest brick and mortar retailer in the United States.

Walmart is a great alternative to selling on Amazon or eBay. It has far less competition, but will most likely have more fees. Here is a breakdown of the walmart.com fees.

Growing Retail Accounts Instead Of Selling On Amazon and eBay

Growing your business through a network of retail stores is the traditional alternative to Amazon and eBay. If you have some type of a private label or your own product it is wise to start looking into retail accounts and partnerships, otherwise, I wouldn’t recommend it. Getting a retail account is hard to do. Drawing the interest from large retailers is easy so long as you have a product with an existing demand. Most retailers are very open to what they put in their stores. At the end of the day they only care about sales.

If you are looking to sell using retailers as an alternative to selling on amazon and ebay you need to figure out where to find the right people so that you can get your product in their store. Often times, large retailers are constantly looking for new products. You need to be where they are looking. Go to trade shows, meetups, talk to people about your product. The most important tip is this.

Reach out to retailers on Linkedin. Search for job titles such as “purchaser” “buyer” “product research” message them and setup a call to talk about the possibility of them testing your product.

Cryptocurrency Alternatives To Amazon And eBay

Forra is the cheapest way to do business online from a sellers point of view.